The Trustees for Social Security and Medicare issued their annual reports on Thursday, June 2, 2022. Social Security has 66 million beneficiaries and Medicare covers nearly 64 million people in 2022. Key information in the reports for current and future retirees included:

The Old-Age and Survivors Insurance (OASI) Trust Fund, which pays retirement and survivors benefits, will be able to pay scheduled benefits on a timely basis until 2034, one year later than reported last year. At that time, the fund’s reserves will become depleted and continuing tax income will only be sufficient to pay 77% of scheduled benefits.

The Disability Insurance (DI) Trust Fund, which pays disability benefits, is no longer projected to be depleted within the 75-year projection period. By comparison, last year’s report projected that it would be able to pay scheduled benefits only until 2057.

The Hospital Insurance (HI) Trust Fund (Medicare Part A) which helps pay for services such as inpatient hospital care, will be able to pay scheduled benefits until 2028, two years later than reported last year. At that time, the fund’s reserves will become depleted and continuing total program income will only be sufficient to pay 90 percent of total scheduled benefits.

The Supplementary Medicare Insurance (SMI) Trust Fund (Medicare Part B physician services) is adequately financed into the indefinite future because current law provides financing from general revenues and beneficiary premiums each year to meet the next year’s expected costs. Due to these funding provisions and the rapid growth of its costs Medicare Part B will place steadily increasing demands on both taxpayers and beneficiaries.

The NRLN is completing a study based on the growing consensus that Medicare Advantage (MA) plan performance data shows they can’t make healthcare less costly or deliver better quality than original Medicare Fee-for-Service. Preliminarily, no data proves that Accountable Care Organizations (ACOs) are much better. Direct Contracting Entities (DCEs) and recently announced 2023 ACO REACH trials are validating our belief that our Centers for Medicare and Medicaid Services (CMS) doesn’t have the skill, knowledge, or feet-on-the-street common sense to manage Medicare effectively. Privatization of Medicare has failed so far.

CMS invents new acronyms and programs that dodge criticism and to cover up facts. They forecast paying $50 billion in subsidies in 2022 and over $100 billion by 2030 to insurance companies and private investors. ACO REACH will absorb ACO’s and DCE’s and compete directly with MA – and may eliminate it.

The trustees for both programs urged Congress to take action on the funding of Social Security and Medicare sooner rather than later. This will allow consideration of a broader range of solutions and provide more time to phase in changes so that the public has adequate time to prepare.

LISTEN TO OUR PODCAST 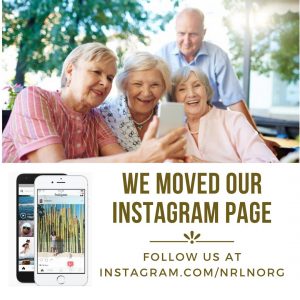